The Best Thing I Learned This Year

Hadar at Miss Kindergarten is hosting a linky party about the best things we learned this year. Yeah!

I graduated in December 2009, and since then I have subbed and I had a short-term assistant position in a first grade classroom. In January of this year, I was perusing the Career Services website of my college and I saw a position opening for a first grade teacher for the fall at a Catholic school about 25 minutes from home. I sent my resume and a few weeks later, I got a phone call! How exciting! 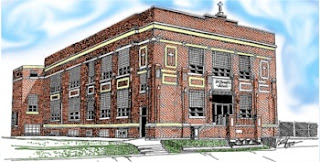 When I went in for my interview, the principal mentioned that the seventh/eighth grade teacher was pregnant and would be going on her maternity leave starting mid-March - would I be interested in covering for her? Of course, in this economic climate where hardly anyone I graduated with has a job, I said YES because I didn't want to pass up the opportunity!

Secretly, though, I did NOT want to teach middle school. I had subbed in a few middle school classes and it was just terrible. The students were disrespectful, no one listened to me, and it just made me feel really bad. But I decided to keep an open mind, and I ended up getting the job.

In March, I headed to school for (what was supposed to be) a week of observation before I officially took over the class. But it was not to be - my second day of observation, the teacher I covered for went to her doctor and the doctor told her to stop going to work immediately! So after two days of watching her teach, I was thrown in on my own! 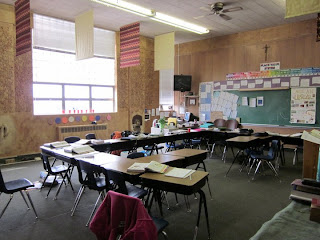 Over the course of the next six weeks, I got to know my eleven 7th/8th graders like the back of my hand. I recommended good books to them, did tons of hands-on science labs, and finished up the year with student-designed solar cookers. It was awesome, and I was so sad to leave after the six weeks were up! I just went to the 8th graders' graduation Mass yesterday and I shed a tear! These students really helped me believe in myself as a teacher - on my own! No cooperating teacher in sight.

And thanks to those students and the experience, I landed the 1st/2nd grade split class for the fall! :)

What was the best thing YOU learned this year? Head over to Miss Kindergarten's blog and join the party!